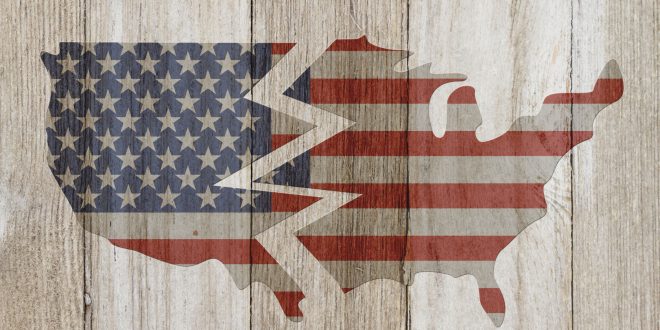 The Constitutionality of Secession

Michael Smith April 5, 2019 Vermont Republic Comments Off on The Constitutionality of Secession 3,918 Views

Few words are perceived to be more politically incorrect in America than the s-word, secession. Thanks mostly to Abraham Lincoln, secession is considered to be a complete anathema by liberals and conservatives alike. Although most Americans believe the Civil War proved once and for all that secession is illegal and unconstitutional, nothing could be further from the truth.

In his book A Constitutional History of Secession (2002), John Remington Graham traces the history of secession in America back to Britain’s glorious revolution in 1689 when the Crown passed from James II to William and Mary without armed conflict and in defiance of the constitution of England.

“Whenever any form of government becomes destructive, it is the right of the people to alter or abolish it, and to institute new government,” said Thomas Jefferson in the Declaration of Independence. Just as a group has a right to form, so too does it have a right to disband, to subdivide itself, or withdraw from a larger unit.

In an article entitled “The Foundations and Meaning of Secession” which appeared in the Stetson Law Review (1986), Pepperdine University Law Professor H. Newcomb Morse provides convincing evidence that the American states do indeed have the right to secede and that the Confederate states did so legally.

First, three of the original thirteen states-Virginia, New York, and Rhode Island-ratified the U.S. Constitution only conditionally. Each of these states explicitly retained the right to secede. By accepting the right of these three states to leave the Union, has the United States not tacitly accepted the right of any state to leave?

Second, over the years numerous states have nullified acts of the central government judged to be unconstitutional. These instances where national laws have been nullified give credence to the view that the compact forming the Union has already been breached and that states are morally and legally free to leave.

Third, and most importantly, the U.S. Constitution does not forbid a state from leaving the Union. According to the tenth amendment to the Constitution, anything that is not expressly prohibited by the Constitution is allowed. Therefore, all states have a Constitutional right to secede.

However, two new constitutional questions concerning secession emerged shortly after the Civil War ended. First, under military occupation and control, six former Confederate states were coerced into enacting new constitutions containing clauses prohibiting secession. But in the eyes of most legal scholars, agreements of this sort made under duress are voidable at the option of the aggrieved party. Furthermore, there is absolutely nothing to prevent these six states from amending their constitutions again.

During this same period of time and also under duress, the fourteenth amendment to the Constitution was ostensibly ratified. Although this amendment does not explicitly forbid secession, some have argued that it does so implicitly.

According to the Declaration of Independence, we are endowed by our Creator with “certain unalienable rights” including life, liberty, and the pursuit of happiness. If that is the case, then it is not much of a stretch to argue that the right of secession is such a right.

Ultimately, whether or not a state is allowed to secede is neither a legal question nor a constitutional question, but rather a matter of political will. How strong is the will of the people in the departing state to be free and independent of the control of the world’s only superpower? How far will the U.S. government be prepared to go in imposing its will on a breakaway republic? Only time will tell!

Previous The Montpelier Manifesto
Next About Second Vermont Republic