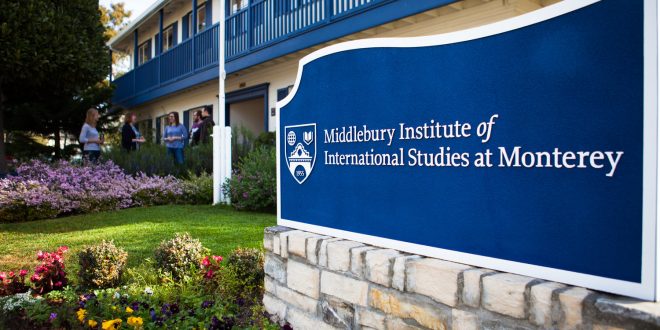 In answer to a growing swell of interest in realistic responses to the excesses of the present American empire, The Middlebury Institute has been launched by a group of activists and professionals to promote the serious study of separatism, secession, self-determination, and similar devolutionary trends and developments, on both national and international scales.

We believe that, of the options open to those who would dissent from the actions and institutions of a government grown too big and unwieldy and its handmaiden corporate sponsors grown too powerful and corrupt, the only comprehensive and practical one is some form of separatism. Exploring this option is not a step to be taken lightly, because there are established forces that will hamper and resist, and yet it is a legal and viable enterprise, squarely in the American tradition, and of a piece with the worldwide devolutionary current that has seen the breakup of European empires (including the Soviet) and the expansion of the United Nations from 51 to 193 nations in sixty years.

Moreover, the accumulating signs point to a series of major crises that will seriously disrupt and may even destroy the American system in the near future.  These include economic disruptions in the wake of global “peak oil” production before 2010, deterioration of the power of the dollar through mounting and uncontrollable national debt and trade imbalances, continued degradation of vital ecosystems on which the nation depends, climate change and severe weather causing widespread devastation of coastal areas,  extended use of military force worldwide leading to increased terrorism and the reinstitution of the draft, judicial takeovers at the Federal level by rightwing  ideologues capable of altering fundamental legal rights, and terrorist attacks at facilities (nuclear plants, harbors, chemical factories) the government has been unable or unwilling to protect.  Those who want to absent and cushion themselves from suchlike devastations would reasonably want to explore ways of removing their communities and regions from dangerous national political and economic mechanisms that are incapable of reform.

It is for these reasons that The Middlebury Institute hopes to foster a national movement in the United States that will:

To these ends we intend to issue regular papers treating with a broad range of  secessionist issues, including the question of the constitutionality of secession in the U.S.; reports on the status of various secessionist movements in the U.S.; scenarios of federal responses to states opting to secede; the ethics of secession; the history of secession in America; the economic consequences of secession—a cost-benefit analysis; a history of worldwide secession and devolution developments of the past 20 years; case studies of individual foreign separatist movements of modern times; and excerpts from the considerable body of literature on separatism and secession.

We will also sponsor various gatherings, including academic seminars, in which leading scholars and activists will be invited to deliver and discuss papers on separatism and its corollaries; weekend conferences of speeches and workshops; national congresses with representatives of active separatist movements in the U.S.; and debates on various issues involving secession and separatism, with activists, elected politicians, scholars, and think-tank representatives, among others.

And we will be sending out regular news releases that draw attention to the breaking action or new activities of separatist groups, here and abroad, with special attention to the victories and achievements in the movement.

Eventually, we will have a website that will be an archive of book chapters and articles on separatism and secession, particularly over the last dozen years, with regular news coverage of separatist events and links to the more prominent and active secessionist groups. At some point, we will make room for postings from readers to discuss related matters as they wish.

This is a long-haul project: the task is as immense as it is urgent, and we must go carefully, even as we go steadily. Ultimately the Middlebury Institute will be what its constituents need and want, and we will serve the movement in any way we can.

P.S.: We are enclosing, as the Institute’s first paper,  The Middlebury Declaration, passed at a “Radical Consultation” meeting in November of last year.

“Whenever any form of government is destructive of these ends [life, liberty, and the pursuit of happiness] it is the right of the people to alter or abolish it, and to institute new government in such form as to them shall seem most likely to affect their safety and happiness.”  Declaration of Independence