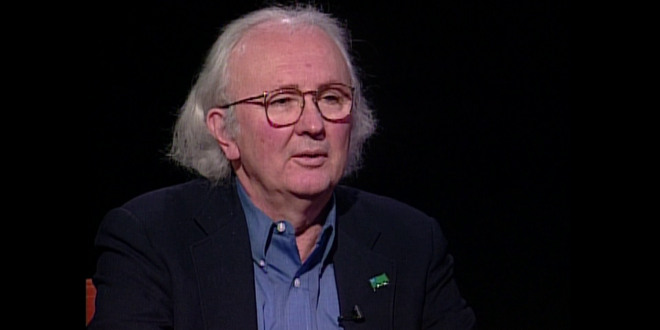 Professor Emeritus of Economics at Duke University, Thomas H. Naylor is a writer and a political activist who has taught at Middlebury College and the University of Vermont. For thirty years, he taught economics, management science, and computer science at Duke.

As an international management consultant specializing in strategic management, Dr. Naylor has advised major corporations and governments in over thirty countries. During the 1970s he was President of a 50-person computer software firm whose clients were Fortune 500 companies worldwide.

Professor Naylor was one of the first to predict in The New York Times the unexpected changes in the Soviet Union and Eastern Europe, where he traveled frequently in the 1980s. From this experience he has concluded the American Empire, not unlike its former nemesis the USSR, has lost its moral authority and is no longer sustainable. This led him to help launch the Second Vermont Republic, Vermont’s independence movement, in 2003. Utne Magazine editor Jay Walljasper dubbed him “Tom Paine for the 21st century.” 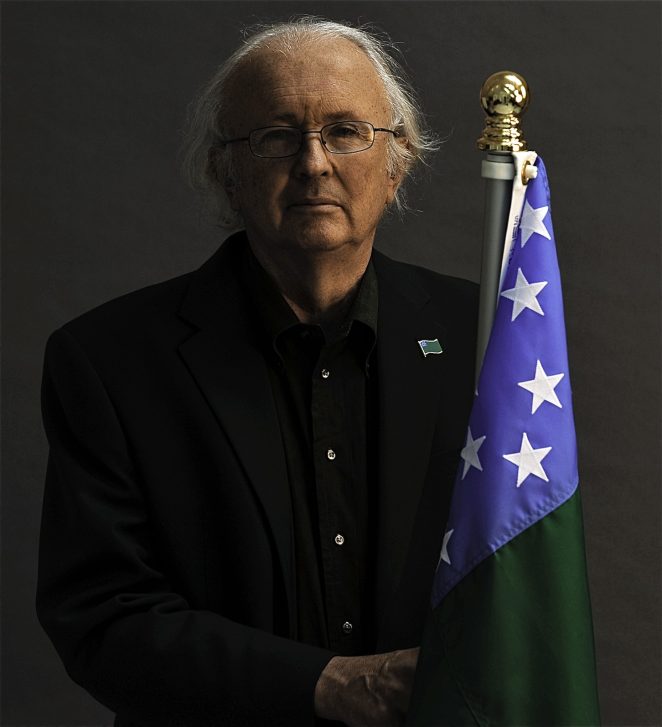 1. Testified before the Subcommittee on International Economic Policy and Trade of the Committee on Foreign Affairs, U.S. House of Representatives, July 14, 1987.

2. Testified before the Committee on Small Business, U.S. House of Representatives, September 30, 1988.

3. The Impact of the Computer on Society (editor). Atlanta: Southern Regional Education Board, 1967.

4. Microeconomics and Decision Models of the Firm (with John Vernon). New York: Harcourt, Brace, and World, 1969. Translated into Spanish.

27. The Search for Meaning in the Workplace (with Rolf Ã?sterberg and William H. Willimon). Nashville, TN: Abingdon Press, 1996.

6. “The Theory of the Firm: A Comparison of Marginal Analysis and Linear Programming,” Southern Economic Journal (January 1966).

7. “The Economic Theory of the Firm: A Comparison of Marginal Analysis,” Quarterly Review of Economics and Business (Winter 1966).

8. “Some Empirical Estimates of the Market Value of the Right to Work” (with William H. Wallace), Journal of Industrial Relations (July 1966).

9. “Design of Computer Simulation Experiments for Industrial Systems” (with Donald S. Burdick), Communications of the ACM (May 1966).

13. “The Impact of Fiscal and Monetary Policy on the Housing Market,” Law and Contemporary Problems (Summer 1967).

15. “Methods for Analyzing Data Generated from Computer Simulation Experiments” (with K. Wertz and T. Wonnacott), Communications of the ACM (November 1967).

18. “A Computer Simulation Model of the Textile Industry” (with William H. Wallace and W. Earl Sasser), Journal of the American Statistical Association (December 1967).

21. “Some Methods for Evaluating the Effects of Economic Policies Using Simulation Experiments” (with K. Wertz and T. Wonnacott), Review of the International Statistical Institute(February 1968).

28. “Response Surface Techniques in Economics” (with D.S. Burdick), Review of the International Statistical Institute, No. 2 (1969).

29. “An Econometric Model of the Tobacco Industry” (with J.M. Vernon and Norfleet Rives), Review of Economics and Statistics (May 1969).

30. “An Econometric Model of the Textile Industry in the United States” (with William H. Wallace and W. Earl Sasser), Review of Economics and Statistics (February 1968).

34. “A Systems Analysis Approach to Population Control,” in Proceedings of the Symposium on Global Systems Dynamics. Charlottesville, VA: University of Virginia Press, 1969.

35. “The Use of Multiple Ranking Procedures to Analyze Simulations of Business and Economic Systems” (with J. Kleijnen), Proceedings of the American Statistical Association (August 1969).

36. “Effects of Alternative Policies for Allocating Federal Aid for Education to the States” (with Marilyn Manser and Kenneth Wertz), Proceedings of the American Statistical Association (August 1969).

40. “A Sequential Sampling Simulation of an Inventory Model” (with E. Sasser, D. Burdick, and D. Graham), Communications of the ACM (May 1970).

41. “A Comment on the Analysis of Data Generated by Simulation Experiments” (with Thomas H. Wonnacott), Management Science (November 1970).

42. “Policy Simulation Experiments with Macro-Economic Models: The State of the Art,” American Journal of Agricultural Economics (May 1970).

44. “Effects of Alternative Policies for Allocating Federal Aid for Education to the States” (with Marilyn Manser and Kenneth Wertz), Simulation and Games (June 1970).

45. “The Population Problem: Trends, Mathematics and Public Policy,” Social Science and Medicine (May 1970).

48. “A Family Planning Policy Game” (with Scott Moreland), in Proceedings of the National Gaming Council, 1970.

53. “Simulation: How to Build and Solve a Model,” Ideas for Management, Association for Systems Management (April 1971).

58. “The Use of Multiple Ranking Procedures to Analyze Simulation of Management Systems: A Tutorial” (with T. Seaks and J. Kleijnen), Management Science (February 1972).

60. “Box-Jenkins Methods: An Alternative to Econometric Models” (with T. Seaks and D. Wichern), Review of the International Statistical Institute (No. 2, 1972).

62. “Up, Up and Away: World Dynamics Prelude to Universe Dynamics,” Simulation and Games(September 1972).

68. “Towards a Theory of Corporate Simulation Models,” in Proceedings of the European Conference on Simulation (Thomas H. Naylor and Walter Goldberg, editors), August 28-30, 1972.

69. “Design of Simulation Experiments,”Proceedings of the American Institute of Decision Sciences(November 1972).

77. “A Survey of Users of Corporate Planning Models (with Horst Schauland),” Management Science (May 1976).

79. “An Introduction to Corporate Simulation Models,” Ideas for Management, Association for Systems Management (May 1975).

83. “The Design of Computer Based Planning and Modeling Systems” (with M.J. Mansfield), Long Range Planning (February 1977).

94. “Integration of the Planning System into the Management Process,” Long Range Planning(October 1981).

98. “Experience with Corporate Econometric Models: The Results of a Survey of Users,” Business Economics (January 1981).

104. “A Simulation Study of the Impact of National Policy and Economic Variables on a Small Business” (with John G. Greenhut and Paul E. Cliff), in Simulation in Business Planning and Decision Making (Thomas H. Naylor, ed.). La Jolla, CA: The Society for Computer Simulation, 1981.

108. “The Capital Asset Pricing Model: An Evaluation of Its Potential as a Strategic Planning Tool” (with Francis Tapon), Management Science (October 1982).

113. “The Role of the Corporate Attorney in Strategic Planning” (with Ellen Peirce), Managerial Planning (March-April 1983).

124. “The Strategy Matrix,” Proceedings of the International Symposium on Recent Developments in Business Management Research, Helsinki School of Economics, August 24-28, 1986.

126. “The Nature and Formulation of a Business Philosophy” (with Thomas M. Mulligan), Proceedings of the International Symposium on Recent Developments in Business Management Research, Helsinki School of Economics, August 24-28, 1986.

135. “The Impact of Simulation on Soviet Economic Reforms,” Simulation (August 1988).

147. “The Trouble with Child-Sponsorship Organizations,” The Chronicle of Philanthropy (January 12, 1995).

2. “For More Trade with the Russians,” The New York Times (December 17, 1984). Reprinted in The International Herald Tribune.

11. “Poles Will Die for Poland,” The New York Times (July 6, 1989). Reprinted in The International Herald Tribune.

18. “A Solution for Cities: Downsizing Through Emigration,” (with William H. Willimon) The Philadelphia Inquirer (December 1, 1996).

23. “What the Framers Overlooked: A Way to Downsize the Country,” (with Donald Livingston) The Philadelphia Inquirer (September 4, 1999).

Previous About Second Vermont Republic
Next The Middlebury Institute