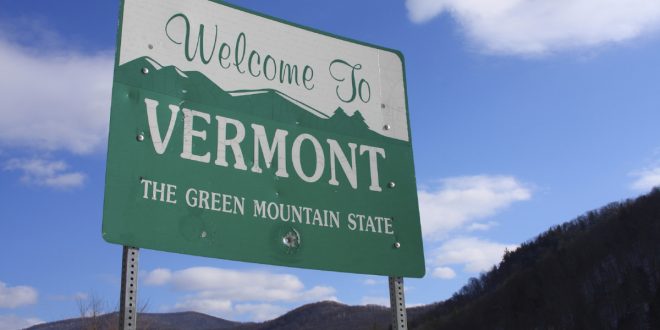 Independent Kosovo? Why Not Vermont?

Sean Connery thinks the Scottish nation is a bonnie notion. How about Spain’s Basque country becoming a REAL country? And what’s wrong with a People’s Republic of Vermont?

Kosovo‘s looming independence raises all those questions and more. For starters: Why is statehood OK for some people but frowned on for others? After all, isn’t the right to self-determination the essence of democracy itself?

A man waves with the Albanian flag in preparation for the declaration of independence, in Lipjan, Kosovo, Serbia, Friday, Feb. 15, 2008. Serbia’s Prime Minister Vojislav Kostunica on Friday lashed out at Western nations that have backed Kosovo’s bid for independence, saying they were demanding that Serbia agree to “slave-like” status.

There are at least two dozen secessionist movements active in Europe alone, and scores of others agitating for sovereignty around the globe. All of them, experts warn, will be emboldened by Sunday’s expected proclamation of the Republic of Kosovo.

“We live in a world which is based around states,” said Florian Bieber, a professor of politics and international relations at England’s University of Kent.

Not all independence movements are created equal.

Some are quirky, such as Second Vermont Republic – Thomas Naylor’s small but spirited campaign to break off his corner of northern New England and make it a nation.

With his spectacles, bald spot and long white hair, the retired Duke University economics professor looks like Benjamin Franklin and quotes Thomas Jefferson. He believes that if Kosovo can become a country, so can Vermont, which was independent until it joined the Union in 1791 as the 14th state.

Yet Naylor concedes: “It’s a tough sell. This is not kid stuff. Secession is a radical act of rebellion driven by anger and fear.”

Thousands have died in long-running quests for statehood mounted by the Palestinians, and by rebels fighting to gain Kashmir’s independence from India and Pakistan.

The Basques have achieved sweeping autonomy from Spain, but militants continue to fight for full independence. On the Mediterranean island of Corsica, the birthplace of Napoleon, nationalists still set off bombs to press for independence from France.

There are also many strictly nonviolent movements willing to settle for autonomy rather than secession. And sometimes new states are born by mutual consent, such as Slovakia and the Czech Republic – Czechoslovakia until they split in 1993.

Kosovo formally remains part of Serbia, but it’s been run by the U.N. since 1999, when NATO intervened to stop Slobodan Milosevic’s brutal crackdown on ethnic Albanian separatists.

Although the U.S. and key allies – including Britain, France and Germany – support its bid, Serbia and Russia fiercely oppose it.

Russian President Vladimir Putin insists that if Kosovo gains independence without U.N. approval, it will set a dangerous precedent for secessionists in Chechnya, Georgia, Azerbaijan and further afield.

Trouble is, there’s no internationally accepted standard for independence, said Marc Plattner, coeditor of the Washington-based Journal of Democracy, which analyzes movements worldwide.

You can let the people decide, he says, but first, you have to decide: Who are the people?

“This is the great hole in the democratic theory,” Plattner said. “There isn’t a sound theoretical or moral answer. One simply looks at the individual case.”

Skeptics say the increasing flow of cash, goods, and information across national boundaries has taken the shine off statehood.

Others wonder if the already unwieldy EU and U.N. can handle much more. The 27-nation EU already has 23 official languages, and many doubt it could cope if it had to add Albanian and Welsh to the mix.

“At a time when borders are coming down in the EU, freeing up the markets and trade, it makes no sense to put them up here,” said Angus MacGregor, an insurance broker in Scotland, whose nationalist minority government is pressing to break away from Britain.

The Scottish National Party has promised to hold a referendum on independence by 2010. Although a vote looks unlikely, it’s not for lack of trying.

After 700 years of struggle dating back to William Wallace and Robert the Bruce, Scotland’s latest “Braveheart” is Connery.

“All of my life experience tells me that an independent Scotland will be successful,” the James Bond actor said in TV spots aired last year.

Belgium could be the next country to face a big breakup: A nasty rift between Dutch-speaking Flanders to the north and French-speaking southern Wallonia has raised speculation that the kingdom may split in two.

Other movements have been around for decades.

There’s the drive to gain independence for Biafra in Nigeria’s oil-rich east, and the fringe Puerto Rican Independence Party, still seeking to wrest back the island the U.S. seized in 1898 at the end of the Spanish-American War.

The United Kingdom looks pretty disunited, too, and not just because of Scotland.

Some in Northern Ireland still advocate unification with Ireland. The Party of Wales wants an independent Welsh state. And in southwestern England, a boisterous secessionist group is trying to carve a country out of Cornwall.

In the U.S., separatist movements advocate independence for Alaska, Texas and the southern states. And more obscure groups abound.

Ex-Soviet Moldova, just half the size of West Virginia, already has one breakaway republic, Trans-Dniester. But there’s also Gagauzia, an autonomous no man’s land.

Though it doesn’t have a prayer of gaining independence, it still sports a flag featuring a snarling red wolf’s head.

Other “stateless nations” range from the Veps people of Baltic Finn extraction in northwestern Russia to the Sorbs, a Slavonic people who occupy parts of the Czech Republic, Germany, and Poland.

“One thing’s for sure,” said Vermont’s Naylor. “We didn’t start this. We’re just continuing the process.”