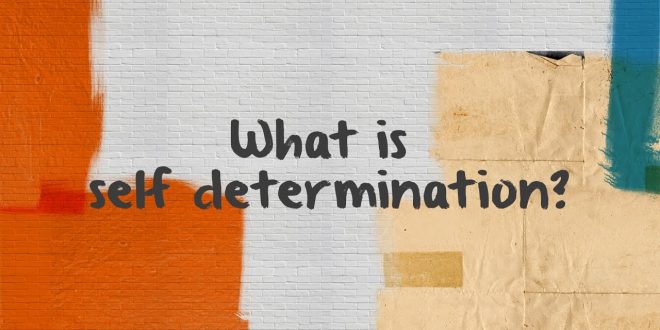 The World is Coming Unglued at the Seams, But Maybe That’s Not All Bad

Michael Smith April 22, 2019 Vermont Republic Comments Off on The World is Coming Unglued at the Seams, But Maybe That’s Not All Bad 231 Views

We should devote our efforts to the creation of numerous small principalities throughout the world, where people can live in happiness and freedom. The large states… must be convinced of the need to decentralize politically in order to bring democracy and self-determination into the smallest political units, namely local communities, be they villages or cities.

Notwithstanding three decades of nonstop hype extolling the virtues of a united, highly interconnected, one-size-fits-all world, there is increasing evidence that the world is actually coming unglued at the seams. Currently, there are over 250 self-determination, political independence movements in play worldwide including nearly 100 in Europe alone, over 70 in Asia, 40 in Africa, 30 or so in North America, a dozen in Latin America, and 15 or 20 scattered across various islands spread around the globe. To put these figures in perspective, the United Nations has 193 member nations.

Although not all self-determination movements buy into nonviolence, those which do are likely to adhere to some of these principles:

Ironically, Europe, the continent most highly touted for its commitment to unification and integration, is the one region of the world which is most awash with self-determination movements. At least part of this development is attributable to the split of the Soviet Union into fifteen independent republics, many of which now have their own independence movements such as Chechnya, one of Russia’s most aggressive and often violent separatist movements. Bosnia-Herzegovina, Croatia, Kosovo, Macedonia, Serbia, Montenegro, and Slovenia all became independent nations as a result of the dissolution of Yugoslavia, all of which helped raise the expectations of European separatist movements such as those found in Bavaria, Belgium, Bulgaria, England, Italy, Lapland, Poland, Romania, Scotland, and Spain. The Basque region of Spain is but one of eleven Spanish regions calling for more autonomy.

However, it is the demise of the 29-nation European Union and its 17-member Euro Zone currency, the euro, that has contributed the most towards the call for the disintegration of Europe rather than for more centralization.

When the euro was first introduced in 1999 it was supposed to unite Europe, promote federalism, and lead to collective economic prosperity. As the euro faces the real possibility of complete collapse, it seems to be pulling Europe further apart. An increasing number of political leaders in the EU are now calling for the break up of the $17 trillion political and economic union with a population of nearly 500 million.

The three most high-profile self-determination movements in Europe, Scotland, Flanders, and Catalonia, each flow directly from the weakened condition of the European Union economy and the euro. They each claim they pay significantly more into the national treasury than they receive in benefits as government services are cut back to meet EU austerity targets.

Belgium went 535 days without a properly elected leader because of the toxicity in the relationship between the wealthier Dutch-speaking Flanders majority and the poorer French-speaking Flemish minority. It was not until after Standard & Poor’s downgraded the country’s credit rating that Belgian politicians finally formed a coalition government in response to pressure from international financial markets.

In Asia Bangladesh, China, Myanmar (twelve), India, Indonesia, Japan, and Pakistan all have political independence movements. Hong Kong, Tibet, and Xinjiang are the best-known self-determination movements in China. Kurdish separatists can be found in Iraq, Turkey, and Iran. Indonesia granted East Timor its independence several years ago and also reached an agreement with Aceh which led to its dropping its claim for self-determination and eventually resulted in its dissolution.

India is also awash with separatist movements. Although Kashmir has the best known such movement in India, Sikkim and most of the states in Northeast India have active separatist groups. These include Assam, Bodoland, Tripura, Arunachal Pradesh, and Nagaland. These states are not contiguous with the rest of India. Then there is also Khalistan, a global political self-determination group to create a separate Sikh state.

Hundreds of African tribes are trying to shake off artificial boundaries imposed on them by nineteenth-century European colonialism. Igbo, Ijaw, Ogani, and Yoruba are all separatist movements located in Nigeria. Sudan recently split into two parts.

For reasons which are not entirely clear, there seems to be less interest in Latin America in self-determination and political independence than in any other part of the world. Although there are a half dozen or so separatist movements in Brazil such as the City of São Paulo, the United States of Northeast, and Rio Grande do Sul, one does not have the impression that any of these groups are going anywhere. The one exception to the rule in Latin America is the Zapatista movement in the State of Chiapas in Mexico, the poorest state in the country. Since the 1990s, under the leadership of subcommandante Marcos and the Zapatista Army of National Liberation (EZLN), the Zapatistas have sought to transform Chiapas into an autonomous self-governing region which supports the political rights of Mexico’s native Indian population.

After a near-miss in its 1995 referendum to achieve independence from Canada, the Quebec separatist movement fell into the doldrums for over 15 years. However, in September 2012 the Parti Québécois won a victory of sorts in the Quebec provincial election and was able to put together a weak coalition government. The stability of the new government remains somewhat in doubt. In 1998 the Canadian Supreme Court issued a ruling declaring self-determination to be constitutional and outlining the necessary steps which must be taken by a province to split from the Confederation. There are also self-determination movements in Alberta and British Columbia.

So strong was the political backlash against the presidency of George W. Bush that when Barack Obama came to power in 2009 there were over 30 separatist movements in the United States. Four years later a half dozen or so of them remain politically viable and show promise for the future. They include Alaska, Cascadia (WA, OR, and BC), Hawaii, Puerto Rico, Texas, and Vermont. Most supporters of Obama believe that only the federal government can solve all of America’s problems all of the time, failing to see that the federal government is, in fact, the problem.

In the words of Leopold Kohr:

Instead of a union, let us have disunion now. Instead of fusing the small, let us dismember the big. Instead of creating fewer and larger states, let us create more and smaller ones.

And as Leopold Kohr further noted, “as long as the Italians and Germans were organized, or disorganized in little comic-opera states,” they were a threat to no one. “They not only gave the world the greatest masters of comic opera but, as in England during the time of Elizabethan political insignificance, an unrivaled string of immortal lyricists, authors, philosophers, painters, architects, and composers.”

Germany only became dangerous when it was unified first by Bismark and then by Hitler. Once again Germany is unified and its Chancellor continues to call for a unified Europe. But will the center hold? Maybe. Maybe not.

Previous The Myth of Bernie Sanders
Next Vermont Declaration of Independence