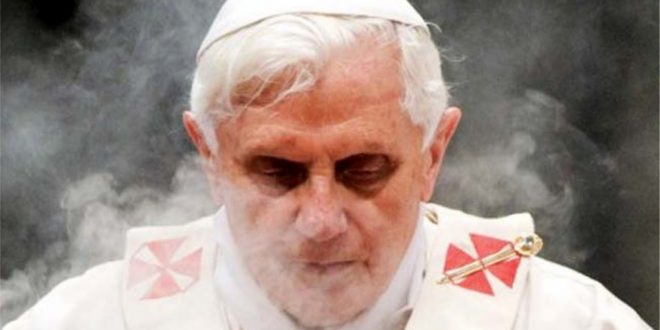 Kairos: A Greek word for a very special time fraught with decisive consequences for good or evil when momentous things are happening, new possibilities arise, more degrees of freedom emerge, and the opportunity to seize the moment appears.  A time for renewal and nonviolent action when the forces of light rise up against the forces of darkness.

So said German theologian Paul Tillich shortly after World War I.  With the emergence of “religious socialism” in Europe, Tillich saw what he thought was a Kairos according to theologian Robert McAfee Brown, “a time that God was seeking to use, and to which humanity was called upon to respond – a historical era in which a new political order responsive to religious concerns, and a new religious sensibility deeply immersed in the political order, could join forces.”
Unfortunately, this Kairos did not come to be or went unrecognized by Europeans.  Rather the European experience included Adolf Hitler, the Holocaust, World War II, and the Cold War, not a pretty sight.

Although it was Tillich who popularized the word Kairos in the twentieth century, Kairos re-emerged in Latin America in the 1960s and in South Africa in the 1980s.  In Latin America, it was closely linked to what became known as liberation theology.

Inspired by the Second Vatican Council (1961-65) and Pope Paul VI’s 1967 encyclical Populorum Progressio (On the Progress of Peoples) but grounded in the widespread poverty and violence in Latin America, a radical form of Christian theology emerged in the 1960s called liberation theology.  The main thrust of this new theology was a “preferential option for the poor.”  Within a few years after its inception liberation theology spawned thousands of small, lay-led Christian communities throughout Latin America.  Many of these so-called base communities (comunidades de base) literally had their origins in small-village Bible study groups that stressed not Catholic doctrine but community action aimed at solving very real social and economic problems. Some coalesced around very specific projects such as digging a well, building a road, negotiating with wealthy landowners, and defending the village from guerrilla attacks. Above all, base communities were not passive.  Indeed, they were often made up of political activists who some called revolutionaries.

Many villages owned collective farms as well as collective stores, pharmacies, health clinics, and schools.  In other villages, families owned their own small plots of land.  Base communities fostered an atmosphere of cooperation, trust, and sharing as well as a strong sense of community.

Unfortunately, Latin American base communities became victims of their own success.  Wealthy landowners, conservative Roman Catholics, and right-wing military governments found the community action and direct democracy practiced by base communities to be threatening.  Under pressure from Pope John Paul II, Vatican power broker, Cardinal Joseph Ratzinger, and the Reagan administration’s foreign policy in Latin America, the Catholic Church withdrew its support from base communities in the 1980s and began distancing itself from liberation theology.

In response to anti-democratic John Paul II and his henchman Cardinal Ratzinger, a group of liberation theology leaders signed the Central American Kairos on April 3, 1988:

A chance for grace in which the Lord calls us to take up the challenges of this historic hour.  A chance for grace to create a new international order where right makes might and not vice-versa, where peoples who have been denied and humiliated through the centuries become free human beings, to live in sovereignty and self-determination, where small nations can live together in brotherhood and sisterhood without any Empire threatening them.

But once again Kairos was not to be.  Pope John Paul II and Ratzinger, along with their fascist-friendly allies in the Catholic organization known as Opus Dei, ripped out the heart and soul of modern Christianity.  Stripped of liberation theology, Christianity becomes the religion of George W. Bush and his Christian fundamentalist and Jewish neocon friends.  John Paul II and Cardinal Ratzinger did irreparable damage to Christianity in general and to the Roman Catholic Church in particular.  “What would have happened, Guatemalans and El Salvadorians ask to this day, if Ratzinger and Pope John Paul II had regarded the Latin American call for liberation from autocratic rulers with the same force with which the European churchmen supported the Polish Solidarity revolution?” wrote journalist Mary Jo McConahay for Pacific News Service.

However, a document known as The Kairos Document published in South Africa on September 25, 1985 did have a much more salutary outcome.  It is credited with having contributed to the end of apartheid a few years later.

But what about today?  Have we not arrived at our very own Kairos?  We, the citizens of the United States and the rest of the world, find it increasingly difficult to escape the clutches of the largest, wealthiest, most powerful, most materialistic, most environmentally irresponsible, most racist, most militaristic, most violent empire in history which does little to support the vast majority of its citizens or any other citizens than its own superrich.  We are haunted by the nihilism of separation, meaninglessness, and powerlessness and subsumed by political elites who use corporate, state, and military power to manipulate our lives. We have become mere pawns of a global system of dominance and deceit known as technofascism in which transnational megacompanies and megastates control us through money, markets, technology, and media, sapping our political will, civil liberties, collective memory, traditional cultures, sustainability, and independence.  We are all victims of affluenza, technomania, cybermania, megalomania, globalization, and imperialism.

Isn’t it high time we respond to the radical imperative of this Kairos by seizing the moment, assuming responsibility for our lives, confronting the American Empire, and taking control of our own destiny?  Do we really have any other choice than to reject the immoral, corrupt, decaying, dying, failing American Empire and seek its rapid and peaceful dissolution before it takes us all down with it?

Recognizing that the United States and the other meganations of the world have become so large that they are unfixable should we not work diligently to (1) discredit them whenever possible, (2) seek their rapid and peaceful dissolution before they destroy the planet, and (3) encourage the development of small, sustainable, nonviolent, socially responsible, self-determined, meaningful communities and small nations everywhere.

If we choose to ignore the sense of urgency and radical imperative associated with this Kairos, we do so at the risk of great peril!

Previous Neoliberalism: Neoconservatism Without a Smirk
Next Vermont’s Declaration of Independence (1777)