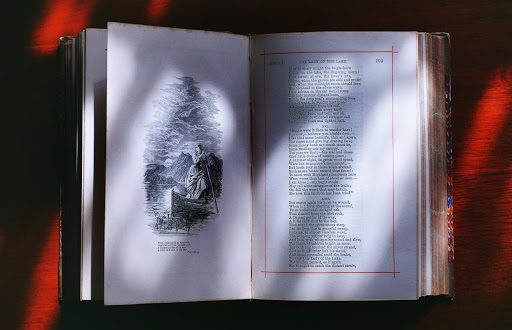 Michael Smith May 14, 2019 History Comments Off on The History of Writing since Ancient Times to the Modern Age 615 Views

Let’s come back to the ancient times before the evolution of human beings known as Homo habilis who were primarily hunters and gathers. Their only source of food was hunting and gathering. Therefore, there were no pizza delivery guys or McDonald’s company with fast food. What to say? There was no elaborate system of written spoken communication. Everything was all gestures or only we think so? Scientists state that written communication dates as early as 25,000-30,000 BP. So, how was it done given the fact that there was no elaborate language? How did that develop to the modern writing system we have today?

The first form of written communication was in the form of paintings. To an untrained eye, these paintings look rather random but scientists have actually gone ahead to prove that the paintings tell a story. This was back in the 30,000 BP and as expected there was no ink and paper to paint on. The drawings were painted in caves using stones. That just shows how old drawing as art is.

With evolution, the man shifted from hunting and gathering to farming. The history dating back to the agrarian revolution in Mesopotamia, these were the first farmers and acted as a landmark to the development for the first written symbols. In Mesopotamia, people practiced trade and this gave rise for the need for written communication to keep track of the financial transactions. If it was not for trade in Mesopotamia, most probably we would still be communicating through pictures. As a result, there was no assignment or homework for students. However, with trade expanding each and every day there raised the need for records to keep track of the quantity and price tag.

The first every symbol to represent objects were painted in tokens and wet clay soil. The symbols either represented an idea, concept or object. The origin of beer dates back this far, and as expected this was the fastest moving item of trade. Explaining why the first pictographs were about beer. Through written records, the leadership in Egypt was able to keep track of their harvests and beer.

The Sumerians influenced proto-Canaanite and the proto-Sinaitic to come up with the alphabet. What are epigraphs? These are writing that are preserved on hard and durable materials. The two scripts responsible for the invention of the first written language were the: Archaic Script and the Aramaic Script. The archaic script led to the development of the Greek alphabet, which was the first in the world closely followed by Arabic which resulted from the Aramaic script. The Greek alphabet gave paved way for the development of Latin and Cyrillic language. Greek was the first written language and most languages including English relied heavily on the Greek alphabet.

There is no doubt that writing was one of the best things to ever happen to humankind. What started off as simply keeping track of financial proceeding is what we rely on to learn. The best and most effective way of learning something new is writing it down.

Human beings have embraced writing to a whole new level. This is the first thing children are taught in their first few years in school. It all starts with the alphabet just as mathematics is all about the multiplication table.

Writing has grown to such a big field such that we even have people who pursue it as a career. Working either as bloggers, authors or freelance ghostwriting! In school, our academic system expects us to express ourselves through writing; this explains the insanely many assignments and homework given to students each and every day.

Unlike in the ancient times where writings were preserved in the form of scripts, in today’s world accessing written materials is one of the easiest things you can do. You can either decide to do it online, buy a newspaper or visit a public library. In college, we have people who pursue education with full-time jobs or other commitments outside course work. As much as such people would want to write all the assignments themselves; sometimes, with the heavy workload, this can prove practically impossible. This was the reason behind the emergence of custom writing services. To provide professional help to students who need their assignment and homework done with precision. There are more than enough USA assignment help writers to make your student life easy, for example https://domyassignments.com

Writing has come a long way and it seems like with each invention it gets better. We are sure the way you are writing now can be improved shortly if you ask some of the experienced specialists, such as customessaymeister.com