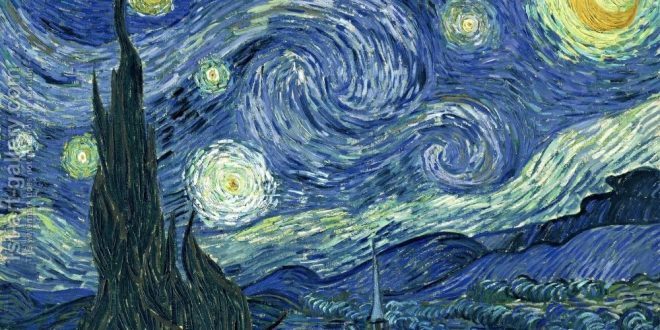 Ed Dillinger October 23, 2019 History Comments Off on The Most Known Artistic Styles In Painting 502 Views

Painting, in some form, first appeared in the Paleolithic, 30,000 years BC. It is an art that seeks to express ideas, emotions and personal perceptions with certain aesthetic qualities. Throughout its history, painting art has taken various forms. That was depending on the use of different materials and techniques. Over the centuries, different methods and artistic styles have changed. So were the theories regarding the purpose of art. Nevertheless, these methods and styles, sometimes, reappeared in later epochs. But, in a slightly modified form. Painting has undergone many forms throughout its long and rich history. But it is still one of the most significant forms of art today.

The oldest known paintings were made on the walls of caves, some  30,000 years ago. These paintings were made with pigments derived from the dust of various minerals. They were mixed with animal fat, plant extracts, and even blood. More than 5,000 years ago, Egyptian art was dominant. The artists of the time painted the walls of the Pharaoh’s tombs. About 1,500. BC, Minoan art was developed. It was characterized by lively colors. It is also worth noting the ancient Greek and Roman art. They were primarily dominated by naturalistic depictions of mythological or ritual scenes, as well as depictions of landscape, and everyday life.

Below, we’ll present you some of the most well-known painting styles, in periods that brought some of the world’s foremost artists.

The Renaissance – The Dominant Period Of Medieval European Art

The Renaissance in painting spans a significant period of about two centuries. The technique that prevails in this period is the painting in tempera. Works are mostly religious content. In the mid-15th century, oil painting techniques emerged. This is the period when perspective was introduced into painting. Painters have learned to represent space and depth. Some of the most famous artists of the time also represented shadows in their works. Certainly the most prominent of them was Leonardo Da Vinci. This artist treated the drawing as a means to enhance the image. He also paid attention to movement, anatomy, facial features that express emotions.

Baroque As A Dynamic Response To The Renaissance

Baroque paintings are mostly large-scale. Baroque was formed from a theme that makes one think about religion. During this time, the church tried by all means to maintain its position in the arts.

Baroque in painting developed relations between shadows and light sought to develop dramatic and pathetic. It was characterized by strong gesture and movement dynamics as opposed to a static and calm renaissance. Complex compositions appear. As you can read on meisterdrucke.com, the diagonal composition was also often used. The most important Baroque painters were Caravaggio, Diego Velasquez, Rubens, Rembrandt, and many others.

Realists were stimulated by the importance of science. To avoid being pretentious, they sought to portray the world as what the common man would see it. Although they were trying to avoid a mere description of reality, they wanted to give a sense of immediacy that they felt was lacking. Within realism, naturalism also developed. This art aspired to present copies of nature in the smallest detail. The most famous representative of realism painters was Gustave Courbet.

Impressionism in the painting represents a transitional period between tradition and the revolution in painting. Their traditionalism is reflected in the desire to represent nature in its pure form. On the contrary, the revolutionary attitude is seen through a new way of representing light and atmosphere.

Previous Tips For Women Finding The Right Shampoo For Hair Thickening Purposes
Next Do you Want to Invest in a Flower Shop?