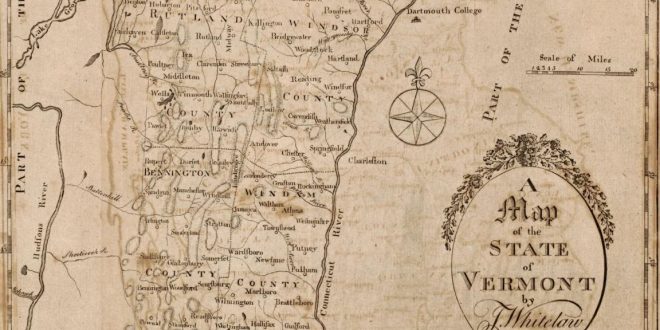 To the honorable convention of representatives from the several towns on the west and east side of the range of Green Mountains, within the New-Hampshire grants, in convention assembled.

Your committee to whom has referred the form of a declaration, setting for the right the inhabitants of said New-Hampshire grants have, to form themselves into a separate and independent state, or government, beg leave to report, viz.

Right 1. That whenever protection is withheld, no allegiance is due, or can of right be demanded.

2nd. That whenever the lives and properties of a part of a community, have been manifestly aimed at by either the legislative or executive authority of such community, necessity requires a separation. Your committee is of opinion that the foregoing has, for many years past, been the conduct of the monopolizing land claimers of the colony of New-York; and that they have been not only countenanced but encouraged, by both the legislative and executive authorities of the said state or colony. Many overt acts in evidence of this truth, are so fresh in the minds of the members, that it would be needless to name them.

And whereas the Congress of the several states, did, in said Congress, on the fifteenth day of May, A.D. 1776, in a similar case, pass the following resolution, viz. “Resolved, That it be recommended to the respective assemblies and conventions of the United Colonies, where no government, sufficient to the exigencies of their affairs, has been heretofore, established, to adopt such government as shall, in the opinion of the representatives of the people, best conduce to the happiness and safety of their constituents in particular, and of America in general.” –Your committee, having duly deliberated on the continued conduct of the authority of New-York, before recited, and on the equitableness on which the aforesaid resolution of Congress was founded, and considering that a just right exists in its people to adopt measures for their own security not only to enable them to secure their rights against the usurpations of Great-Britain but also against that of New-York, and the several other governments chaining jurisdiction in this territory, do offer the following declaration, viz.

“This convention, whose members are duly chosen by the free voice of their constituents in the several towns, on the New-Hampshire grants, in public meeting assembled, in our own names, and in behalf of our constituents’, do hereby proclaim and publicly declared, that the district of territory comprehending and usually known by the name and description of the New-Hampshire grants, of right ought to be, and is hereby declared forever hereafter to be considered, as a free and independent jurisdiction, or state; by the name, and forever hereafter to be called, known, and distinguished by the name of New-Connecticut, alias Vermont: And that the inhabitants that at present are, or that may hereafter become residents either by procreation or emigration, within said territory, shall be entitled to the same privileges, immunities, and enfranchisements, as are allowed; and on such condition, and in the same manner, as the present inhabitants, in future, shall or may enjoy; which are, and forever shall be considered to be such privileges and immunities to the free citizens and denizens, as are, or at any time hereafter may be allowed, to any such inhabitants of any of the free and independent states of America: And that such privileges and immunities shall be regulated in a bill of rights, and by a form of government, to be established at the next adjourned session of this convention….”

Your committee [recommends] … that proper information be given to the honorable Continental Congress of the United States of America, of the reasons, why the New-Hampshire grants have been declared a free state, and pray the said Congress to grant said state a representation in Congress; and that agents be appointed to transfer the same to Congress, or the committee be filled up that are already appointed, and that a committee be appointed to draw the draught: That a committee of war be appointed on the east side of the mountains, to be in conjunction with the committee of war on the west side of the mountains, to act on all proper occasions: That some suitable measures be taken to govern our internal police for the time being, until more suitable measures can be taken: that some suitable way be taken to raise a sum of money, to defray the expenses of the agents that are to go to Congress; and for printing the proceedings of the convention, which, we are of opinion, ought to be printed. All which is humbly submitted to the convention, by your committee.

By order of Committee,
THOMAS CHANDLER, Chairman
The Declaration and Petition of the Inhabitants of the New-Hampshire Grants, to Congress, announcing the District to be a Free and Independent State

To THE HONORABLE THE CONTINENTAL CONGRESS.
The declaration and petition of that part of North America, situate south of Canada line, west of Connecticut river, north of the Massachusetts Bay, and east of a twenty mile line from Hudson’s river, containing about one hundred and forty four townships, of the contents of six miles square each, granted your petitioners by the authority of New-Hampshire, besides several grants made by the authority of New-York, and a quantity of vacant land, humbly sheweth.

That your petitioners, by virtue of several grants made them by the authority aforesaid, have, many years since, with their families become actual settlers and inhabitants of the said described premises; by which it is now become a respectable frontier to three neighboring states, and is of great importance to our common barrier Tyconderoga; at it has furnished the army there with many provisions, and can muster more than five thousand hardy soldiers, capable of bearing arms in defense of American liberty:

That shortly after your petitioners began their settlements, a party of land-jobbers in the city and state of New-York, began to claim the lands, and took measures to have them declared to be within that jurisdiction:

That on the fourth day of July, 1764, the king of Great-Britain did pass an order in council, extending the jurisdiction of New-York government to Connecticut river, in consequence of a representation made by the late lieutenant governor Colden, that for the convenience of trade, and administration of justice, the inhabitants were desirous of being annexed to that state:

That on this alteration of jurisdiction, the said lieutenant governor Colden did grant several tracts of land in the above-described limits, to certain persons living in the state of New-York, which were, at that time, in the actual possession of your petitioners; and under color of the lawful authority of said state, did proceed against your petitions, as lawless intruders upon the crown lands in their province. This produced an application to the king of Great-Britain from your petitioners, setting forth their claims under the government of New-Hampshire, and the disturbance and interruption they had suffered from said post claimants, under New-York. And on the 24th day of July 1767, an order was passed at St. James’s, prohibiting the governors of New-York, for the time being, from granting any part of the described premises, on pain of incurring his Majesty’s highest displeasure. Nevertheless the same lieutenant governor Colden, governors Dunmore and Tryon, have, each and every of them, in their respective turns of administration, presumed to violate the said royal order, by making several grants of the prohibited premises, and countenancing on actual invasion of your petitioners, by force of arms to drive them off from their possessions.

The violent proceedings, (with the solemn declaration of the supreme court of New-York, that the charters, conveyance, &c. of your petitioners’ lands, were utterly null and void) on which they were founded, reduced your petitioners to the disagreeable necessity of taking up arms, as the only means left for the security of their possessions. The consequence of this step was the passing twelve acts of outlawry, by the legislature of New-York, on the ninth day of March, 1774; which were not intended for the state in general, but only for part of the counties of Albany and Charlotte, viz. such parts thereof as are covered by the New-Hampshire charters.

Your petitioners having had no representative in that assembly when these acts were passed, they first came to the knowledge of them by public papers, in which they were inserted….These laws were so evidently calculated to intimidate your petitioners into a tame surrender of their rights, and such a state of vassalage, as would entail misery on their latest posterity….

By a submission to the claims of New-York your petitioners would be subjected to the payment of two shillings and sixpence sterling on every hundred acres annually; which, compared with the quit-rents of Livingston’s Phillip’s, and Ransalear’s manors, and many other enormous tracts in the best situations in the state, would lay the most disproportionate share of the public expense on your petitioners, in all respects the least able to bear it….When the declaration of the honorable, the Continental Congress, of the fourth of July last past, reached your petitioners they communicated it throughout the whole of their district; and being properly apprised of the proposed meeting, delegates from the several counties and towns in the district, described in the preamble to this petition, did meet at Westminster in said district, and after several adjournments for the purpose of forming themselves as a free and independent state, capable of regulating their own internal police, in all and every respect whatsoever; and that the people, in the said described district, have the sole, exclusive right of governing themselves in such a manner and form, as they, in their wisdom, should choose; not repugnant to any resolves of the honorable the Continental Congress. And for the mutual support of each other in the maintenance of the freedom and independence of said district or separate state, the said delegates did jointly and severally pledge themselves to each other, by all the ties that are held sacred among men, and resolve and declare that they were at all times ready, in conjunction with their brethren of the United States, to contribute their full proportion towards maintaining the present war against the fleets and armies of Great-Britain.

To convey this declaration and resolution to your honorable body, the grand representative of the united states, were we (your most immediate petitioners) delegated by the united and unanimous voices of the representatives of the whole body of the settlers on the described premises, in whose name and behalf, we humbly pray, that the said declaration may be received, and the district described therein be ranked by your honors, among the free and independent American states, and delegates therefrom admitted to seats in the grand Continental Congress; and your petitioners as in duty bound shall ever pray.
New-Hampshire Grants, Westminster, Jan. 15th, 1777.