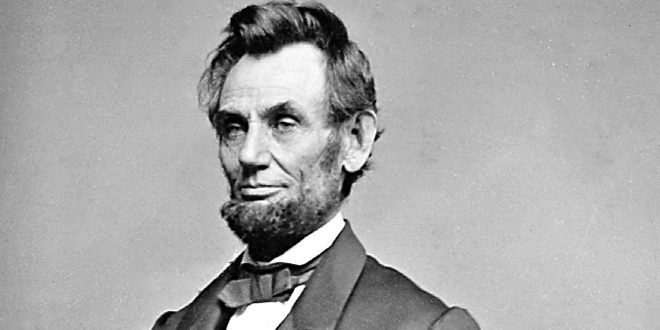 The Myth of Abraham Lincoln

When I grew up in Jackson, Mississippi in the 1940s, Abraham Lincoln was viewed by most white Southerners with a certain awe, even though he had obliterated the South during the Civil War. Most Americans, whether they be black or white, liberal or conservative, believe that Abraham Lincoln was our greatest president because he freed the slaves. They also believe that he proved once and for all that secession is illegal, immoral, and unconstitutional. Nothing could be further from the truth.

Early in his career Lincoln supported the right of a state to disengage from the Union. “Any people anywhere being inclined and having the power have the right to rise up and shake off the existing government, and form a new one which suits them better.” Later he had a change of heart. To justify his invasion of the South and his scorched earth policy toward 11 dissident states, he made preservation of the Union the moral imperative of the United States: “If I could save the Union without freeing any slave I would do it, and if I could save the Union by freeing some and leaving others alone I would also do that. What I do about slaves, and the colored race, I do because I believe it helps save the Union.” Lincoln claimed that he had taken an oath to preserve the Union. But he had taken no such oath; rather he had sworn to preserve the Constitution, and the Constitution did not in 1861, and does not now, prohibit an American state from leaving the Union. When it became politically expedient to do so, Lincoln issued the Emancipation Proclamation. He also enshrined in the minds of all Americans the notion that what it means to be a good American is to ensure the survival of the Union at all cost one nation indivisible.

Lincoln lived in an age of unabashed empire building and of coercion of independent political societies into consolidated unions. What Bismarck was accomplishing in Germany with his policy of “blood and iron,” what Garibaldi was trying to achieve in Italy, and what Lenin would later accomplish in Russia, Lincoln achieved in America through one of the bloodiest wars of the 19th century. Lincoln did not preserve an indivisible union from destruction because he did not inherit one; rather, like Bismarck and Lenin, he created one.

Few Americans are aware of the fact that President George W. Bush learned most of his dirty tricks from Honest Abe. His imperial presidency is a mirror image of Lincoln’s, and he still has two and a half more years to go.

According to Thomas DiLorenzo in his provocative book, The Real Lincoln, President Lincoln invaded the Confederate States without the consent of Congress, suspended habeas corpus, imprisoned thousands of American citizens without a trial for opposing his policies, censored all telegraph communications, imprisoned dozens of opposition newspaper publishers, nationalized the railroads, used Federal troops to interfere with elections, confiscated firearms, and deported an opposition member of Congress. All in the name of freedom and democracy.

Today neoconservatives are drawn to Lincoln because of his imperialism. Liberals have mistakenly reinvented him as some sort of egalitarian populist, which he was not.

Taking his cues from Lincoln, President George W. Bush has supported illegal wars against Afghanistan and Iraq, the rendition of terrorist suspects, prisoner abuse and torture, the suppression of civil liberties, citizen surveillance, corporate welfare, pandering to the rich and powerful, environmental degradation, massive military spending, huge budget deficits, mounting trade deficits, a foreign policy based on full spectrum dominance and imperial overstretch, and a culture of deceit. He is truly a chip off the old block.

Abraham Lincoln was a world-class political manipulator. So too is George W. Bush. Lincoln cleverly used the issue of slavery to turn the North against the South. Bush, on the other hand, has traded heavily on Americans paranoid fear of terrorism to transform the United States into a technofascist state.

The myth of Lincoln turns out to be an insidious lie perpetrated by some of the most prominent historians, political scientists, religious leaders, and politicians in America for nearly 150 years. The sooner we come to terms with it, the better off we will be.