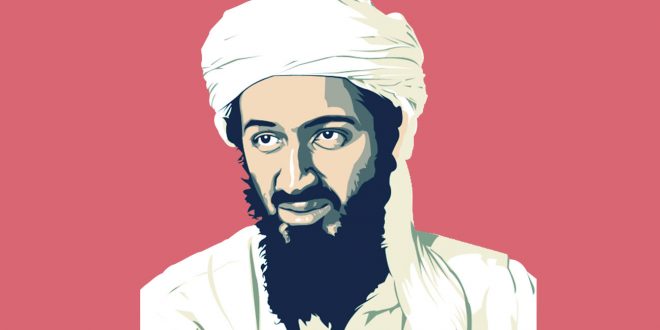 The Legend of Osama Bin Laden

There he was at Ground Zero in New York City, Nobel Peace Laureate Barack Obama, basking in the glory of the cold-blooded assassination of Osama bin Laden in Abbottabad, Pakistan, which he had ordered a few days earlier.  It reminded me of the celebratory response of white racists in New Orleans in 1963, where I happened to live, to the death of President John F. Kennedy.  They were beside themselves, just like most Americans are about the demise of bin Laden.

But who was Osama bin Laden?  Was he a real person or was he the creation of President Bill Clinton and later transformed by Presidents George W. Bush and Barack Obama into an international pariah?

Few Americans recall that it was Bill Clinton, not George W. Bush, who introduced the world to Osama bin Laden back in 1998.  Without any evidence whatsoever, Clinton blamed the Muslim fundamentalist and wealthy Saudi exile for the simultaneous bombings of the American embassies in Kenya and Tanzania.  At that time Clinton’s presidency was deeply mired in the Monica Lewinsky affair, and he was in need of something to divert public attention away from his personal life.  Osama bin Laden,  said to be an international terrorist trained by the CIA living in Afghanistan, provided such a diversion, and he did so very well.

Clinton ordered military strikes against bin Laden’s alleged international terrorist training bases in Afghanistan and a chemical plant in Sudan which was thought to be producing biological and chemical weapons.  Even though the missiles aimed at the Afghan bases actually landed in Pakistan and the so-called chemical plant turned out to be an aspirin factory, almost overnight Osama bin Laden was transformed into a household word synonymous with global terrorism.  At least temporarily, he had become Global Enemy Number One, and Clinton’s political popularity turned upward.

Shortly after September 11, 2001, our government informed us that nineteen Muslim fanatics armed only with boxcutters had pulled off the greatest act of terrorism in history under the command of a charismatic, sinister-looking Arab, also named Osama bin Laden, from his high-tech cave in the rugged mountains of Afghanistan.  Without one shred of evidence, the Bush administration claimed that these Arab terrorists commandeered four jetliners, brought down the Twin Towers of the World Trade Center, severely damaged the Pentagon, and almost succeeded in destroying theWhite House and the Capitol.  And they did all of this because they “hated freedom.”

We were further told by Bush administration operatives that 9/11 was a special case of the terrorist activities of a global network known as Al Qaeda which was controlled by Osama bin Laden.  To combat this international network of money, weapons, and Muslim fanatics, the United States needed to launch a global war on terrorism.  Such a war on terrorism not only defined the Bush administration for the next seven years but resulted in illegal wars in Afghanistan, Iraq, and Pakistan, staggering budget deficits and no doubt contributed to a major financial meltdown.

Incredulous though it may be, the official U.S. government version of the 9/11 story has gone virtually unchallenged by our tepid media.  Anyone who has the audacity to question this utterly fantastic tale is accused of being an unpatriotic conspiracy theorist and not taken seriously.

Although the real perpetrators of 9/11 are unknown, it would appear that its purpose was to demonize Islam so as to justify a significant American military presence in the Middle East to hegemonize the supply of oil there.

Furthermore, there is little evidence to suggest that Al Qaeda is the tightly controlled, monolithic, all powerful organization we were led to believe by Team Bush.  Rather it seems to be a highly decentralized network in which terrorist attacks such as those which took place in Madrid and London, for example, were planned, organized, financed, and executed at the local level.  Osama bin Laden was not calling all of the shots from either a cave in Afghanistan or his alleged compound in Abbottabad.

But to the surprise of many liberal Democrats who voted for Obama, the transition of the war on terror from Bush to Obama was virtually seamless.  The legend of Osama bin Laden was still alive and well.  Obama actually increased the number of American troops in Afghanistan and upped the intensity of the search for bin Laden himself.

Then on May 1, 2011, in the Situation Room of the White House, Obama gave the order for a special forces team of twenty-five U.S. Navy Seals to search out and kill bin Laden in the compound in Abbottabad, Pakistan, where he had been hiding for five years.  Forty minutes later, we were told by the White House staff, Osama bin Laden was dead and shortly thereafter buried at sea.  No photographs or video recordings of his death, his body, or his burial at sea were made available to the American public.  However, President Obama assured us that he was indeed dead.  It was all an eerie reminder of Ronald Reagan’s famous expression, “Trust, and verify.”  But that was not to be.

What we do know is that he helped save Bill Clinton’s presidency and that his name and image were used to justify an international war on Islam – a war in which several thousand Americans and tens of thousands of Afghans and Iraqis lost their lives, not to mention the hundreds of billion dollars, possibly trillions, which it cost American taxpayers.  To protect ourselves from the terrorist threat engendered by bin Laden we have been willing to forego many of our constitutionally guaranteed liberties and turn a blind eye towards the abuse and torture of those accused of terrorism.  It remains to be seen whether the assassination of Osama bin Laden will help save Barack Obama’s presidency and pave the way for his re-election in 2012.

Whether dead or alive, the legend of Osama bin Laden lives on.