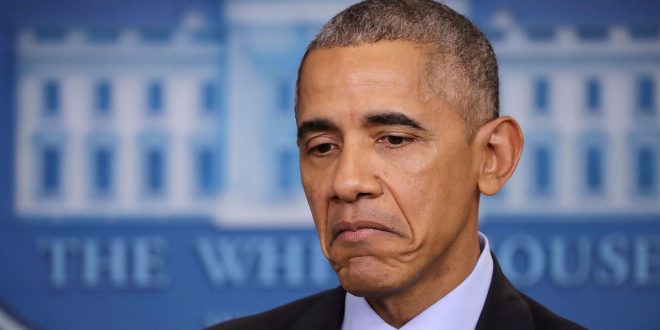 How was it possible for President Barack Obama to have accomplished so little in four years and to have completely betrayed the liberal political base of the Democratic Party and yet still defeat Republican challenger Mitt Romney?  An underfunded economic stimulus package and a flawed, unsustainable health care program were said to have been his major achievements.  Not only did he vigorously continue the Bush administration’s war on terror, the rendition of terrorist suspects, prisoner abuse and torture, the suppression of civil liberties, and citizen surveillance, but he promoted the use of drones, death squads, and the new F-35 fighter jet.  Last, but by no means least, he inaugurated a so-called White House kill list and granted himself the authority to order the assassination of anyone, anywhere, anytime, with no questions asked, no trial, no due process.

In his book Handmaking America published shortly before the recent presidential election, Democratic Party apparatchik Bill Ivey took note of the vision free nature of the Obama administration as reflected in Obama’s first oval office address in June 2010 in response to the BP oil spill in the Gulf of Mexico.  “Even if we’re unsure exactly what [our destiny] looks like.  Even if we don’t yet know precisely how we’re going to get there. We know we’ll get there.”

Ivey, who served on the 2008 Obama transition team, expressed utter dismay at this incredible statement which was effectively issued by the mainstream media and the Internet.  In essence what Obama had said was, “We don’t know where we are going or how we are going to get there, but we do know that we will get there.”

All of which raises the question, “Where was the glue that held the Obama administration together?”  Was it economic policy, foreign policy, or perhaps domestic social policy?  There was none!

Although Obama spoke often of his jobs program during the presidential campaign, the reality was, he had no jobs program.  What he had was a hodgepodge package of band-aids, quick-fix remedies, and smoke-and-mirrors held together by duct tape, but a jobs program it was not.

Israel maintains almost vice-like control over U.S. foreign policy in the Middle East.  It tells Washington what it wants and, give or take a bit of face-saving waffling, usually gets what it wants.  It actively supported the war on terror against Muslims, two wars against Iraq, and the NATO attack on Libya.  And since Israel is the “exceptional” nation in the Middle East only it is entitled to have nuclear weapons, and Iran’s alleged nuclear weapons project must be taken out.

On the other hand, the United States looks the other way whenever Israel engages in acts of terrorism, genocide, or ethnic cleansing against the Palestinians whose land was confiscated in 1948 in order to create the State of Israel.

Vetoing virtually every U.N. Security Council resolution that is critical of Israel, Washington’s unwavering position is, “Israel can do no wrong.”

As for China and Russia, one gets the impression that the Cold War never ended.  U.S. foreign policy towards these two mega-nations is grounded in mistrust, demagoguery, tit-for-tat, and ignorance.  With 80,000 American troops in Europe, 36,000 in Japan, and 30,000 in Korea the U.S. is relatively flexible and accommodating towards these allies as well as Canada.

However, American foreign policy towards Latin America, Asia, and Africa is based on pure neocolonialism.  Its primary interest lies in preserving access to natural resources by propping up dictators, autocrats, or anyone else who might be in charge of countries in which Uncle Sam has an interest.

U.S. foreign policy is arguably immoral, often clandestine and illegal, and based on full spectrum dominance, military overstretches might-makes-right, and the proposition that the rest of the world wants to be just like America.  It is supported by 1.6 million troops stationed at over 1,000 bases in 153 countries, Special Operations strike forces (Seals, Delta Forces, Rangers, Green Berets) deployed in 120 countries, and proliferation of pilotless drone aircraft worldwide.  And then there are the nasty little wars in Afghanistan, Pakistan, Somalia, Yemen, and (via Israel) Palestine, and the threat of war with Iran based on our deliberate acts of provocation.

So what did hold the Obama administration together for four years and pave the way for a second term?  It was a very subtle, sophisticated, simple, subliminal message invoked in every speech, every press conference, and every photo opportunity with an incredible degree of skill.  “I am cool, and I know that you know that I am cool.”

This empowering message was aimed straight at the Democratic base and what it meant was, “You are one of us.  You are part of the in-crowd, and we know you will remain with us even though we can’t deliver everything we promised because of Republican obstructionism.”

U.N. Ambassador Susan Rice once described Obama as “calm, steady, and measured.”  That was precisely the persona he tried to project at all times.  Above all, what Obama was about was being “cool.”  And it worked in spades.