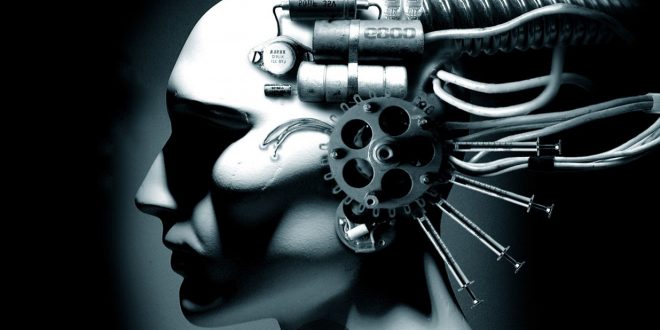 Hardly a week goes by in which we do not learn of yet another attack by an American drone (a pilotless remote-controlled aircraft) on either Afghan or Pakistani civilians.  These sinister instruments of death are controlled by well-trained, high-tech killers seated in air-conditioned comfort in front of sophisticated instrument panels thousands of miles away.  This form of neat, clean, precise, risk-free, bloodless, desktop warfare is waged by gutless technofascists who have never set foot on a battlefield or smelled the stench of death.  Only cowards may apply for this type of work.

Drones do only what they have been programmed to do by their malevolent masters.  But aren’t we all drones?  We do only what our corporate and government handlers tell us to do.

Take President Barack Obama, for example, or any of his recent predecessors.  They have all marched to the beat of the drums of Wall Street, Corporate America, and the Israeli Lobby.  So too is the case with the U.S. Congress as well.  They are all drones.

Shortly after the liberation of Paris in 1944, French writer Albert Camus said, “The people of Germany are sleeping.  They remain stolid, stubborn, and silent as to the crimes committed in their names, as if the entire world and its destiny had become alien to them.” Camus’s insightful description of life in Nazi Germany applies equally well to life in the United States today.  Although we are indeed awake, we behave as though we were drones.

While claiming to be world-class individualists, millions of Americans behave like robots—remote controlled, automatic devices which perform repetitive tasks in a seemingly human way.  We pretend to be “the captain of our ship and the master of our soul,” even though we all march to the beat of the same drummers.  Not only do we appear to be content with our plight, but we consistently try to convince others that they should be just like us.

Even though we all have different genetic maps, most of us think the same, vote the same, watch the same TV programs, visit the same Web sites, and buy the same consumer goods.  While subscribing to an ideology that raises individualism to godlike status, most Americans are conformists.

We live in a one-size-fits-all world in which the U.S. government, Corporate America, Urban America, the media, Internet service providers, public schools, colleges and universities, health care providers, social service providers, and religious institutions want all of to be the same, just like they are.

Most influential American newspapers and the five major television networks are owned by huge conglomerates.  Nothing better illustrates the enormous influence of television than the overwhelming political support which American TV networks afforded Presidents Bush I and Bush II in their respective high-tech invasions of Iraq in 1991 and 2003.  It was the Middle East equivalent of “cowboys and Indians.”  Americans were mesmerized by the one-sided patriotic hype and the apparent precision of the bloodless missile strikes.  Iraqi casualties were treated as non-events by the media.

Although there is overwhelming evidence to the contrary, Microsoft’s Bill Gates claims that the Internet leads to empowerment and enhanced democracy.  But who is being empowered by whom?  As e-mania has exploded, voter turnout has declined, as well as every other form of civic participation including involvement in religious groups, town meetings, local school activities, civic clubs, union meetings, and political organizations.  People transfixed by PCs have little time to participate in anything and are a threat to no one.

If one surfs the Internet one can find thousands of Web sites espousing every conceivable political philosophy.  There are endless blogs and chat rooms devoted to the discussion of politics.  But is anyone really listening to all of this electronic chatter?  Above all, what the Net does extremely well is keep us busy – distracted from noticing what our drone masters are doing to us in the name of freedom and democracy.

While individual Internet junkies pretend to be doing their own thing, in reality they are insignificant pawns in a vast global experiment in commercially controlled anarchy.  They are, in fact doing precisely what their corporate and government masters would have them do.

Just to make certain that those Americans who have not yet become drones have the opportunity to do so, President Obama has proposed to introduce required civilian service in America.  “We’ve got to have a civilian national security force that is just as powerful, just as strong, just as well funded as the military.”

Not even independent-minded Vermont has been able to escape the drone syndrome.  All of our politicians are drones—Senator Bernie Sanders, Senator Patrick Leahy, Congressman Peter Welch, Governor Jim Douglas, Lt. Governor Brian Dubie, and the Democratic candidates for Governor.  They march in lockstep with the Empire.  Neoliberal Vermonters are still so mesmerized by Obama that they utter hardly a whimper when 1,500 Vermont National Guard troops are deployed to Afghanistan or when another Vermonter is killed in either of the two illegal wars in which we are engaged.  Few question the immorality of the lies on which the wars in Afghanistan and Iraq are based.  Vermonters behave as though they were experimental mice on an electric floor after experiencing learned helplessness—never challenging what they are told by Washington, New York, or Tel Aviv.

No longer the land of the free and the home of the brave, America has become a giant electronic mega-network of remote-controlled robots and drones which do exactly what their technofascist masters want them to do.  Have a good day!

Previous How to Inform Boss about Resignation in Simple Steps?
Next We Have Lost Our Soul