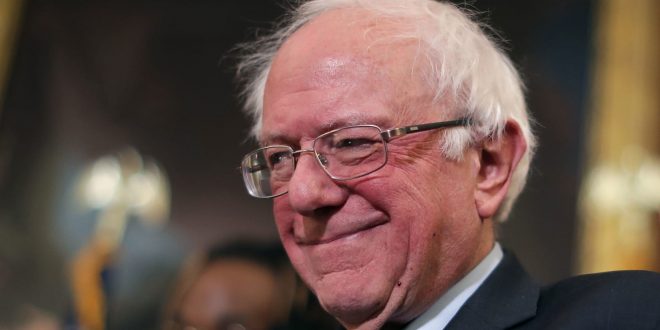 Who could have ever imagined that tiny Vermont, the home of “socialist” Bernie Sanders and once considered to be the most left-leaning state in the United States, would now find itself under the political control of five hard-core military superhawks committed to transforming Vermont into the Pentagon’s flagship state for reinvigorating and expanding the military’s presence in the Northeast.  But that is exactly what has happened in the Green Mountain State.  Senators Patrick Leahy and Bernie Sanders, Congressman Peter Welch, Governor Peter Shumlin, and Adjutant General Michael Dubie have teamed up to form what is effectively a defacto Vermont Military Mafia for promoting increased defense spending in Vermont and the rest of the Northeast.

The VMM first revealed its hand when the Air Force announced that it was considering replacing the Vermont Air National Guard’s aging fleet of F-16 fighter jets with controversial new, state-of-the-art F-35 jets which cost a cool $115 million a pop.  Led by Major General Dubie, the five members of the Vermont Military Mafia soon became the state’s leading cheerleaders for the F-35s manufactured by Lockheed Martin, the world’s largest defense contractor.

Leahy, Sanders, Welch, and Shumlin all pretend to be political liberals, which they are not.  General Dubie heads up the Vermont National Guard where he has been responsible for recruiting and training young Vermonters for deployment to Afghanistan and Iraq.  His brother Brian was the Republican Lt. Governor of Vermont for eight years.  Brian is a member of the Air Force Reserve and an American Airlines captain.

One of the Vermont Military Mafia’s most successful ventures to date involved recruiting the U.S. government-owned Sandia National Laboratories to Vermont.  Sandia, whose historical origins can be traced back to the Manhattan Project in World War II, designs, builds, and tests weapons of mass destruction.  It recently entered into a partnership with the University of Vermont to develop a center to study energy efficiency, renewable energy, and electric grids.  UVM received a $9 million grant from Sandia.  Senator Sanders was the point man on this project with support from General Dubie.  Sandia is operated under contract by Lockheed Martin. Dubie is close to Lockheed Martin and was awarded an honorary doctorate by the UVM Board of Trustees.

As evidence of how effective this cozy relationship has been, Leahy, Sanders, and Welch recently announced that President Barack Obama had nominated Michael Dubie to be Deputy Commander of the U.S. Northern Command, NORTHCOM, based at Peterson Air Force Base in Colorado Springs, Colorado.  During an interview on Vermont Public Radio on May 15th the general with the teddy bear like demeanor revealed to the public for the first time what he is really all about and most likely why Obama chose him for such an important job in the first place.  Dubie expressed the view that the F-35s were critical to the future of Burlington International Airport, regardless of the environmental consequences, and that he was concerned over the number of Air Force bases which had been closed in the Northeast over the past two decades.  He felt that beefing up the Vermont Air National Guard with F-35s was a step in the right direction towards strengthening the Air Force’s presence in New England.  Although he refused to discuss his new job, he showed considerable passion over the future of the Air Force in the region.

Dubie indicated that his political handlers had advised him not to talk about his future responsibilities at NORTHCOM prior to confirmation by the Senate.  Several years ago NORTHCOM attracted a lot of attention when it was revealed that if martial law were ever declared in the United States, NORTHCOM would be responsible for planning and organizing it. Maybe General Dubie didn’t want to get near that topic.  Also, he once proposed that the Vermont National Guard be morphed into an international center for drone aircraft.  No doubt drones are an integral part of NORTHCOM’s agenda.  Incidentally, not surprisingly, Lockheed Martin is a major player in the drone aircraft market.  All five members of the VMM are enthusiastic supporters of drones.

It’s hard to believe this is really happening in Vermont, the state in which 180 towns passed resolutions calling for a nuclear freeze in complete defiance of President Ronald Reagan back in the 80s, the state where 50 towns voted to end the war in Iraq in 2005, and 36 towns demanded that George W. Bush and Dick Cheney be impeached in 2007.  It’s all about money, jobs, political power, and Lockheed Martin.  Could it be that Lockheed Martin hopes to replicate in New England the political clout which Boeing wields in Chicago using the Vermont Military Mafia to pave the way?  It has happened so fast that it is breathtaking.

One unanswered question remains. How is it possible that the career of the unassuming head of the National Guard of the nation’s second smallest state could take such a quantum leap forward?  Dubie was basically an undistinguished Pentagon apparatchik doing his nondescript bureaucratic job in Vermont.  The answer lies with Leahy and Sanders who are very close to Obama. Dubie may soon be in Colorado, but he can still do a lot for Vermont and in so doing lay the groundwork for a 2016 run for governor, when Shumlin runs for the U.S. Senate following Leahy’s retirement.

At a recent public hearing on the environmental impact of the F-35s representatives of the VMM justified the noisy, expensive, high-tech instruments of death with the quip, “Freedom is not free.”  But does it mean that the state of Vermont must sell its soul to Lockheed Martin and the American Empire to support war against the enemy of the month chosen by our sociopathic leaders to demonize.  Apparently, so.