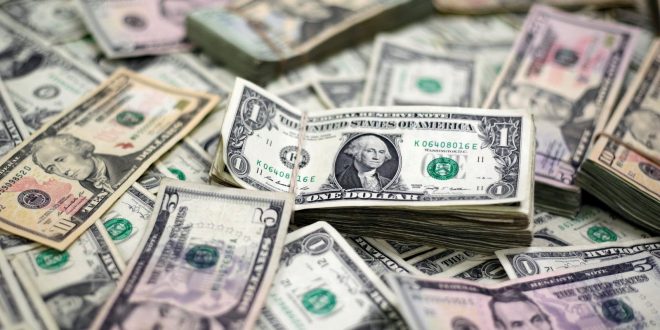 Just as the Census Bureau’s August report of a small gain in July residential housing starts was due to a downward revision of the prior month’s report, the Federal Reserve Board’s September 15 report of a slight increase in industrial production was achieved by revising downward July’s initial reporting. The optimistic July report made July look good, and the downward revision of the optimistic July number made August look good. It is by such means that the public is being fooled into believing a recovery is underway.

Many forecasters and policymakers continue to expect a recovery because postwar Keynesian macroeconomics (demand management) is operating at full blast. According to the Keynesian gospel, the two main components of expansionary economic policy are low-interest rates and government deficit spending. Keynesians view supply as essentially passive, merely a response to government policy, which can be adjusted as needed to produce the desired expansionary result.

According to John Williams’s “Shadowstats” measurements of the Consumer Price Index – a gauge of inflation as experienced by consumers in their day-to-day living expenses – current interest rates on Treasury and corporate bonds are negative. That is, the rate of inflation exceeds the interest on the bonds.  Williams reports that the CPI measured by the official government methodology in 1990 was approximately 4.5% in August. According to the official methodology used in 1980, the current CPI measures 8.5%.

(Note: John Williams is a statistician/economist who analyzes the manner in which statistics are manipulated in order to produce or conform to predetermined conclusions. In a nutshell, the figures may not lie, but they can be presented in such a way that they deceive. For more, see Shadowstats.com)

So we have an extremely low – a negative – interest rate and an official deficit that is one-third of the government’s budget. In fact, the deficit is even greater than that, as the official calculations of the deficit are based on a recovery scenario that is not in place.

What explains the failure of both barrels of Keynesian macroeconomics to lift the economy?

The answer is to be found in the offshoring of production of goods and services for US markets (see “The US Economy Is On Death Row” ). Offshoring has disassociated Americans from the incomes associated with the production of the goods and services that they consume. Americans are now in the same position as people in third world countries whose consumption is based on goods and services from abroad. The difference is that third world countries receive World Bank loans to pay for their consumption, while the US pays by turning over its assets and the income streams associated with the assets to foreign creditors.

The phenomenon of offshoring has negated the stimulative measures of demand management. The postwar economic slumps, which the Federal Reserve engineered in order to cool an overheating economy, left the productive base intact. The jobs were still there waiting on the Fed to reverse course and renew the growth in consumer demand. Offshoring, however, removes the jobs to China and India, and, thus, there are no jobs to which stimulative monetary and fiscal policies can call workers back.

In the current national and global economy, the only effects of demand management policies are to deprive retirees of interest income and to build up the national debt and, thereby, to make the debt a threat to the US dollar’s role as reserve currency.

Misplaced confidence in postwar economic policy and institutionalized optimistic forecasting have masked a dangerous social crisis. The real income of American households is less than it was a decade ago. Lawrence Katz, professor of economics at Harvard University, and a recognized authority on income studies reports that median family income in 2009 is 5 percent lower than in 1999.

Moreover, the distribution of income in the United States has become polarized beyond anything politicians and economists had anticipated. Dollars have been shifted from the middle class to CEOs, shareholders, and Wall Street. The high value-added, high productivity jobs always associated with the US middle class have been offshored and the ladders of upward mobility that made America an opportunity society have been pulled down.

This development gives the United States another familiar third world characteristic – the disparity of income between a massive poor class and a small, concentrated rich class. On September 16, the US Census Bureau reported that 43.6 million Americans – including 20% of its children – citizens of the “world’s only superpower” – were living in poverty in 2009, the largest number since the Census Bureau began recording poverty a half-century ago. The number of poor is higher this year, and it will be higher next year. Yet, bought-and-paid-for-economists still preach that offshoring is “good for America.”

The facts demonstrate that “globalism” is good for corporate CEOs’ bonuses and shareholders at the expense of the US economy and American workers. No amount of statistical maneuvering can get around this conclusion.

The massive loss of US jobs has increased the total of Americans without health insurance to 51 million, thus adding them on to the burden of remaining taxpayers. The “Obama health plan,” written by the private insurance companies, uses taxpayer funds to create 30 million new customers for private health insurance. Bought-and-paid-for-economists praised this sellout as a victory for “private medicine.”

Poverty is even worse than the statistics indicate. The real extent of the crisis is partly masked by children moving in with parents and grandchildren moving in with grandparents. On September 16, the Wall Street Journal quoted David Johnson, chief of the Housing and Household Economic Statistics Division of the US Census Bureau, saying: “If the poverty status of related subfamilies were determined by only their own income their poverty rate would be 44.2%.”  Families sticking together and sharing one house has held down the poverty rate.

And still, Obama, Congress, the media, and the neocons think the US is a country that can afford multi-trillion dollar wars in places that most Americans cannot find on maps. While Washington continues its battle for world hegemony, the economy collapses at home. It is a policy with ominous precedents.

In his magisterial A History of Europe, Henri Pirenne describes the emergence of medieval Germany from the ruins of the Carolingian Empire of Charlemagne to become the leading power in Europe, only to throw away its prospects by neglecting its citizens in pursuit of foreign adventures. Such has been the mistake of the American state since the days of President George Herbert Walker Bush, if not before.

Twenty years of mistakes have reduced the American economy to ruin. But worse is almost certainly on its way, though the foreseeable last straw does not play much of a role in the simplified bread-and-butter economic news on which most Americans rely. America’s economic fate depends upon the fate of the dollar. With the dollar as the world’s reserve currency, America has been able to borrow at will to finance its large deficits. But that status is currently under threat.

America’s window of opportunity to save the dollar as reserve currency is closing down fast and the signs are not auspicious that the drastic moves needed to keep the window open will be taken. Deficit-building stimulus programs and low-interest rates are a threat to the dollar’s reserve currency role and systematically reduce the dollar’s value. If these destructive policies are not reversed, the dollar will be irretrievably undermined.

When the dollar ceases to be the reserve currency, the United States will be relegated to the status of a second-rate power in need of international subsidies to pay for its imports.