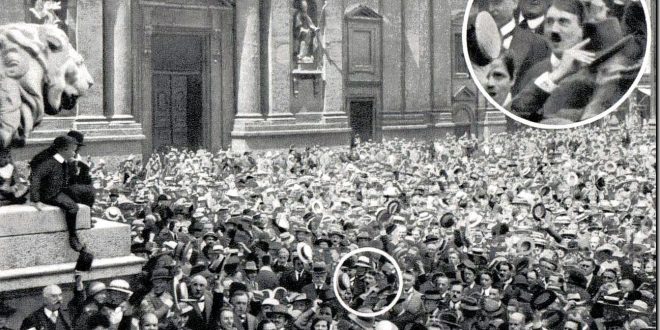 These Seven Moments in History Sound Made up, but Are True

Michael Smith February 1, 2019 History Comments Off on These Seven Moments in History Sound Made up, but Are True 427 Views

Moments in history vary in many factors. Some are famous and iconic, some just happened and are not worth mentioning. A third group sounds like it was made up. Here, we will go over a few of these, the moments of history that sound too strange to be true.

When you think of strike, industrialisms era and unions come to mind, and not the ancient Egyptian empire. The first strike recorded in history started on November 14, 1152 BC, during the reign of Rameses III. It is a misconception that slaves build everything in Egypt. They were not the main workforce, as craftsmen, builders and haulers were paid men and proud of their work. During the construction of a royal necropolis at Deir el-Medina, workers felt underpaid and organized a mass walkout that halted the construction. Their demands were met surprisingly, and they even got more money. The necropolis still stands.

In 1967, a radio producer by the name of Murray Woroner came up with a great idea of settling every pub argument about boxing. He suggested putting all the stats and details of a fighter in their prime into a computer, and it will determine the winner. He used the NCR 315 Data Processing System and a computer with 12 bits of memory. It was very popular, and each fight was turned into a radio play.

Muhammad Ali noticed one in the 1960s. He did not box because of his refusal to fight in the Vietnam War, and therefore close to bankruptcy. Woroner claimed Ali would lose against Jim Jeffries, so Ali threatened to sue. Woroner instead offered him $10,000 to take part in a filmed version of the radio fantasy fight, against Rocky Marciano who retired 14 years prior. Ali needed the money and agreed, so did Marciano. They sparred for 70 to 75 rounds, which was edited according to the computer’s prediction. Marciano died in a plane crash three weeks after filming, unfortunately. The footage was as a one-off event in 1,500 cinema theatres, and a huge hit, earning $5 million. The ‘computer’ said that Marciano would knock out Ali in the 13th round, which was of course highly unlikely.

Known as the ‘St Vitus’s Dance’, choreomania was a bizarre medieval phenomenon originating in central Europe. This was a spontaneous and continuous dancing by crowds until they collapsed or died. Choreomania was reported by eyewitnesses and a genuine concern for the authorities and citizens. During June of 1374, one of the biggest outbreaks started in Aachen, Germany. It spread to Cologne, Flanders, Utrecht, and even Italy. In addition, in Strasbourg, July of 1518 a woman called Frau Troffea started dancing in the street. After four days, 33 others joined in. There were 400 after a month, and many suffered heart attacks and died. Nobody knew what was going on due to the lack of medical advancement. It could have been some kind of a skin infection or a muscular inflammation causing spasms. Of course, many believed it was a curse.

The American invasion of Korea

In the 19th century, some Asian nations sealed themselves from the rest of the world. These included Japan, China, and Korea. America decided to investigate and unlock the states and trade with them again. It worked in Japan, a diplomatic mission led by Commodore Perry in the 1850s. During the American Civil War, it was on hold. Then in 1871, a small fleet of American ships returned to the Pacific, specifically Korea. Their diplomatic vessel, a merchant ship and not a warship, came under fire by the Korean shore batteries. Americans landed after 10 days, bringing 650 marines and sailors. It was a cultural misunderstanding, and the Koreans did not want to appear weak or worried over the error, while the Americans saw only arrogance and wanted to teach them a lesson.

The Marines captured Ganghwa Island’s forts and the batteries mission. The skirmishes were one-sided as Korea used old technology and tactics against a well-trained and equipped American navy. The Americans captured all the forts and lost just three men, while the Koreans had 243 casualties. The Koreans never apologized and refused to talk to members of the US government. They did not open diplomatic negotiations for 11 years and maintained their isolationist policy.

Castle Itter is a small fort in Austria, which was used by the SS during World War II as a prison for VIPs, and the place of one of the most interesting battles. On 6 May 1945, peace was close as the Third Reich was nearly destroyed. The German commander committed suicide while some SS soldiers retreated. One Yugoslav prisoner and freedom fighter, Zvonimir Čučković, escaped. He went looking for Allied troops to rescue the remaining prisoners. He met an American armored battalion, while at the same time, a Major Josef Gangl, an Austrian in the German Army, collaborated with Austrian resistance in the closing days of the war. He also wanted to free the prisoners but decided to surrender alongside his men to the Americans. With Čučković, a strangle deal took place. The major and his Wehrmacht troops fought alongside the Americans against the remaining SS guards.

It was a small battle, as SS faced their countrymen and Americans who had a Sherman tank. Austrian partisans and French prisoners joined the fight. This was a marvelous symbol of the unifying effect that the Allies had, compared to the Nazis. A maximum of 100 men participated. The Sherman tank was destroyed, and a sniper took out Major Josef Gangl. This was the only time the Americans fought alongside Germans in the war.

Britain hardly invented modern banking, as many concepts were copied from Holland. However, their growing empire became the master of what modern banking. The Bank of England was established in 1694 and had possession of the government’s balances, as well as permission to be the only corporation to issue bank notes. The bank also set the first national interest rate at 6%.

Interest rates did not start to move regularly until the late 19th century. In 1719, the Bank of England moved it from 4% to 5% and did not move it again until 1822, when it went back 4%. That interest rate lasted for 103 years and was the longest fixed rate in the history of Britain.

In that time frame, there were a number of smaller conflicts, but three wars were big deals. The Seven Years’ War between 1754 –1763 occurred, as did the main conflict when Britain took taking Canada from the French. This never affected the interest rates.

Around 15 years later, the American War of Independence took place. Between 1775 and 1783, Kingdom of Great Britain fought the 13 of its former North American colonies that declared themselves the independent United States of America. This too did not affect the rates.

Then there was the war with France from 1790s to 1815, that involved sending fleets as far as the Caribbean and Egypt. Soldiers found themselves in America, Argentina, and Spain. France threatened with an invasion, and they even had a trade war that leads to a slump in the London stock market. Amazingly, not even this changed the rates.

The sack of Baltimore

There is a small village of Baltimore in the south of Ireland. It was not important before it was attacked during the summer of 1631. These were unfamiliar enemies that sacked the village. The perpetrators were as exotic as they could have been for the 17th century, Barbary pirates from North Africa led by a Dutch captain who converted to a Muslim and a pirate, Jan Janszoon van Haarlem, also known as Murad Reis the Younger.

His attack was both sudden and quick. The predominantly English settlers and native Irish were captured and forced into slavery. Some became galley slaves and led a brutal and short life, while many younger women spent long years in the Sultan’s harem, or in his palace as laborers. Only three saw Ireland again in their lives.

What do you think about these strange moments in history? Do you know any of these stories? Which is the most surprising and weird for you?

Previous These 5 Business Management Facts to Help You Choose a Career
Next 10 Weird Facts about Circus?