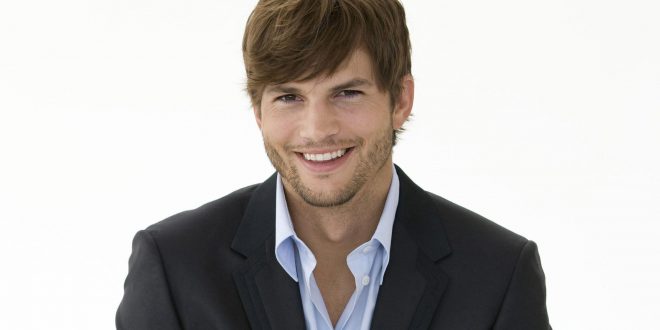 Ashton Kutcher Net Worth 2022 – How Much is the Superstar Actor Worth Today?

Michael Smith February 5, 2021 Net Worth Comments Off on Ashton Kutcher Net Worth 2022 – How Much is the Superstar Actor Worth Today? 665 Views

Ashton Kutcher’s net worth is considerable, which should not be a surprise as he is a very successful actor, model, screenwriter, comedian, producer, entrepreneur, and presenter.

Ashton Kutcher was born on February 7, 1978, in Cedar Rapids, Iowa, United States of America. He studied the University of Iowa where he majored in biochemical engineering, allegedly with a wish to become a scientist or a doctor and help his brother with a difficult illness. He dropped out however in order to pursue a modeling career in New York City. He signed with the Next modeling agency in 1998 and briefly worked as a runway and print model for Calvin Klein.

Kutcher moved to Los Angeles the same year, where he auditioned for and won the role of Michael Kelso on the ultra-popular FOX sitcom TV show called “That ’70s Show”. Kutcher stayed on the show for the entire series, until the year 2006. In the final season, he was a guest star.

After his TV career success, he appeared in films like “Dude, Where’s My Car?”, “The Butterfly Effect”, and “Just Married”. In 2003, Kutcher produced and hosted the famous MTV hidden camera show Punk’d, where he set up pranks on other celebrities. He produced other reality and game shows through as well, as part of his production company Katalyst Films. He was also the creative director of the Voice Over Internet Protocol startup Ooma. One interesting fact is that in 2009, Kutcher became the first user on Twitter to gain one million followers, beating out CNN, after he donated $100,000 to fight malaria disease.

In August of 2011, Ashton was replaced Charlie Sheen as the main character on one of the most popular sitcoms ever, the CBS TV show “Two and a Half Men”. During this contract, Ashton Kutcher received around $800,000 per episode, which turned out to be roughly $18 million per year, easily making him the highest paid actor on television by far during the show’s 5-year run. He played the character of Walden Schmidt who moved into the house where Charlie lived. The actor stayed on the show until its end in 2015.

Except acting, Ashton Kutcher took advantage of his fame and status, as well as his large Twitter follower base, and entered the tech industry. He is no one of the best-known angel investors in the tech start-up industry. He owns a Venture Capital company called A-Grade Investments, through which he made smart early investments in famous startups that are currently huge companies, like Uber, Airbnb, Spotify, Shazam, and Soundcloud. If some reports are to be believed, Ashton Kutcher and the members of his team turned a total investment of around $30 million, into a considerable profit of an estimated $250 million in various assets.

Kutcher started dating fellow actress Demi Moore in 2003, despite their fifteen year age gap. They were married between 2005 and 2011. Since 2015, he has been married to Mila Kunis, his co-star from “That ‘70s Show”, where she played Jackie. Jackie and Michael dated for the better part of the show, which is why many fans love their real-life relationship. They are one of the most adored and famous Hollywood couples at the moment. The pair has two children together, a girl and a boy.

Ashton Kutcher’s net worth at the moment is estimated to be approximately $200 million. This considerable wealth is the result of his more than successful career in entertainment, mostly acting and hosting. In recent years, his smart and targeted investments brought him even more money, and it is safe to assume that his net worth will only grow in the future.